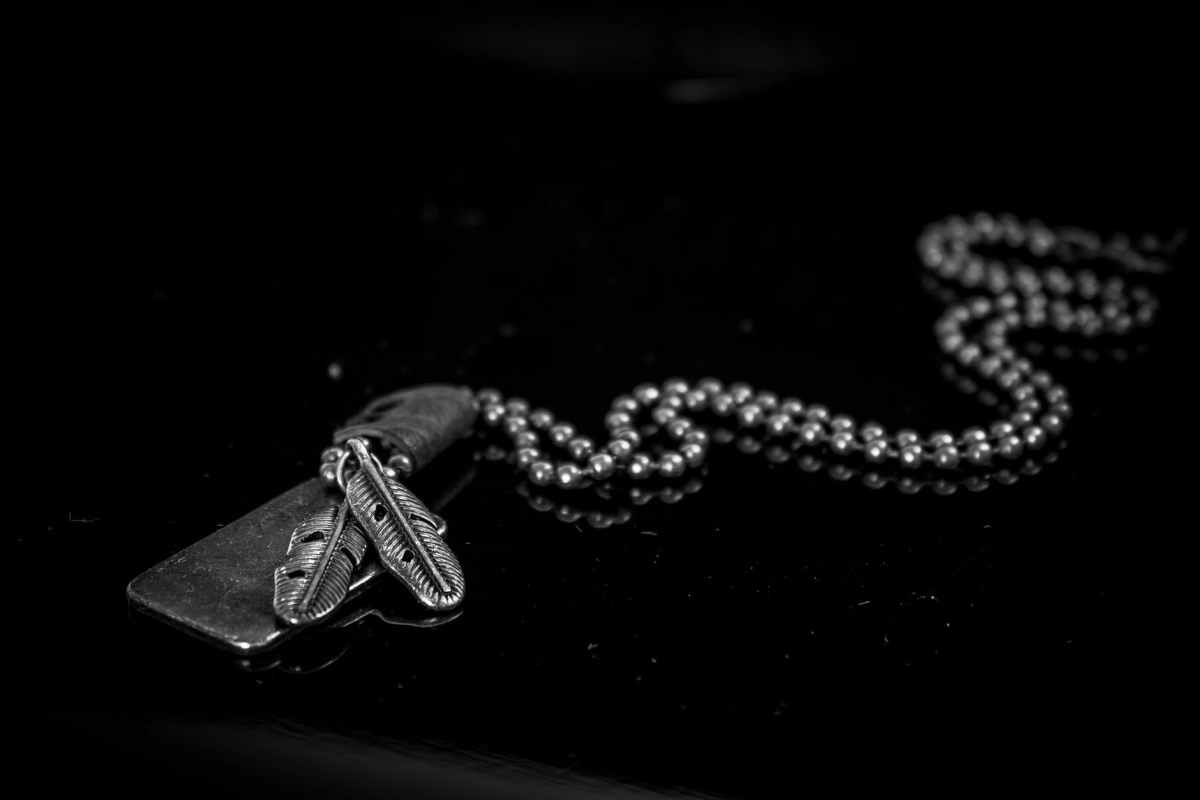 So I feel like sharing this with everyone. I wrote this scene for another fanfiction I am writing. Instead of Harry Potter, it’s MCU. Since we know that multiverse theory exists, I thought to myself: “What if someone from our universe – where superheroes don’t exist – somehow ended up in the Marvel universe? Where there’s Iron Man and Captain America?” And thus Nikki Todd was born. She ends up in the MCU and she and Bucky Barnes have a whirlwind romance. This is her saying goodbye because she has to go home to her universe.

It’s tragic. It has all the feelings. And I may tear up every single time I read it (no shame if you do the same). It’s one of my favorite scenes I’ve every written. Here is the excerpt. Oh, also the reason why all of Nikki’s words are in italics is because she’s not actually there. She’s a hologram. She left because she hates goodbyes, but she left this instead. And yes, Stucky is there. If you don’t like it, don’t read it. Any rude comments will be deleted. Enjoy!

“Okay. um. Here comes the really fucking hard part.” Nikki takes off her glasses, cleaning them then puts them on and looks straight at Steve. “Hey, apple pie. I’m gonna cut straight to the chase. I need you to do something for me – not that it’s gonna be hard. You’ve been doing it your whole life. I need you to look after. . . .look after Bucky. He’s gonna be upset and probably hide in the apartment and binge watch Chopped. I need you to be there for him, because you know what this feels like. You know what it’s like to lose the love of your life.” She grins. “I also need you to do one more thing for me. . .”

“I thought you’d say that, Steve.” Her voice is quiet but intense, brown eyes burning.  “I need you to be selfish. I need you to stop thinking about the world and think about yourself for once. You are not just Captain America, darlin’, you’re Steve Rogers from Brooklyn, that punk ass kid who has only backed down from one fight in his life. One fight.  I need you to stop being afraid and just take 30 seconds – 30 seconds to admit what you’ve been hiding for 70 damn years. You might fool everyone else in the world but I’m an empath. I know, Steve. So why don’t you say it out loud?” There’s a challenge in her voice.

“What’s she talking about? What have you been hiding, Cap?” asks Clint.

Steve groans. “Fuck it.” He leans over and to the shock of nearly everyone in the room, he presses his lips to his best friend of over 70 years. It’s quick and chaste but it says everything. When he pulls away, his face is flushed, eyes lowered. Bucky’s eyes are wide, flabbergasted.

“Since when?” he asks, voice husky.

Steve smiles a bit. “Since always. I never said anything because I was afraid. Like she said. The only thing I’ve ever backed down from.”

“See? That wasn’t so hard.” The two supersoldiers turn back to the holograph. Nikki shakes her head. “Jeez. Men.” She sighs. “Now I know ya’ll are gonna be okay. I know. You two belong together. Always. Til the end of the line. All that jazz. I know it’s gonna be weird and different. But it’s going to be great. You two deserve happiness after all of the shit you’ve been through. Be selfish.” She smiles sadly. “And Steve? You better take care of my Mishka. I mean it. You do something stupid, I will come back and kick your ass all the way back into the ice.”

Everyone laughs at that.

Nikki clears her throat again. “And um, finally but certainly not least,” she looks at Bucky, brown eyes filled with tears. “Bucky. You once asked me what my favorite part of this universe was. I lied and said something stupid. But what I should’ve said, and what I’m saying now is this:

“You are my favorite part.” Her voice cracks. “You are my favorite part of this universe. And that’s the corniest line, like something out of a John Green novel but it’s true. You’re my favorite part.” She smiles. “People always talk about love like it’s soft and steady, like the tide on a shore. But, baby, you’re a goddamn hurricane. Beautiful and fierce and terrifying – but not in the way you think. Terrifying because I knew that I’d have to say goodbye, and I didn’t want too. I don’t,’ By now tears were streaming down her face. Steve held Bucky’s metal hand. “I don’t want to. I don’t want to leave you. I wanted to spend the rest of my life with you.  I wanted to go out dancing and go to movies and do all those cute couple-y things. I wanted the good things like waking up in your arms and feeling so safe and warm and loved. I wanted to see you making breakfast even though you know I don’t eat breakfast. I wanted the long nights of just talking while I paint.  I even wanted the not so good things like you waking up from a nightmare screaming.” She hiccups. “I wanted to always be there to wake you up from those nightmares. I wanted yelling at you because you’re being a moron and once again telling me you’re not good enough for me. I wanted it all. I wanted a proposal – you’d probably try and do something all extravagant but then some catastrophe would happen and you’d call me while you’re out saving the world and ask me.”

“I wanted the wedding and a dress and being walked down the aisle by Loki – he’d win that argument, trust me. I wanted Tony going overboard on the wedding because he wants to make it up to you. You know he would. I wanted a honeymoon, someplace warm where we’d spend every day in the ocean.” She wipes her eyes. “I wanted the white picket fence with the yellow house and a dog, maybe a cat or two.”

“And a cow,” says Bucky, tears streaking down his face.

“-yes and a cow, you know me so well. And goats. You like goats.” She clears her throat. “I wanted it all. But I can’t have it. We can’t have that. Because I don’t belong here, and I being here, is causing all sorts of anomalies. The cosmos or whatever knows I don’t belong and it’s freaking out. And even though I want too, even though I’d give up my friends, my family, my life just so I could spend the rest of it with you, I can’t. And if I could go back to when you asked me out on a date – remember that? We went out dancing and then got kicked out of the club.” She laughs a bit.

“But even if I could go back to that night right before you asked me, I’d still say yes.” Suddenly she stands up and walks towards Bucky. Like she knows he’s there.

“I do,” says Bruce. “Dr. Strange must’ve told her how we’d react. So she recorded this.”

Nikki stops in front of Bucky, brown eyes soft and sad and loving, but so warm. She leans down, cupping his face in her small hand. She strokes his jaw with her thumb.

“I’d still say yes, because you, James Buchanan Barnes, are worth it. I couldn’t imagine a life with you not in it.” She rests her forehead on his, hair falling out of her bun, and where his skin touches the hologram’s, the blue shifts to gold. “I love you, and I’d love you in any other universe. I’ll always love you. You’re in my soul.” She smiles and pulls away, stroking away a tear. “Damn. I was trying to not make you cry.” She shakes her head, gold shimmering around the edges of the blue. She’s quiet a moment, then she leans down and presses her lips to his, soft and sweet then she pulls away, stroking his cheek one last time as she says, “Maybe I’ll find you again one day. Or maybe you’ll find me. Either way, this is goodbye, Mishka. Check your room. I left a present for you, a little something so you won’t forget me.”

“As if I could,” he responds, lips quirking.

“Check it anyways.” She pulls away and then looks up at the ceiling. “FRIDAY?”

“The coordinates are set. The second you turn on the watch, you’ll go through the Quantum Realm and go back to your universe. The watch will come back here but you won’t. It’s a one way trip, Ms. Todd,” says FRIDAY.

She nods. “Yeah, I know.” She reaches for something off screen. She slings her backpack on her shoulder. She reaches up and pulls off the dog tags. “I can’t actually take these with me. Their atoms aren’t form my universe. Physics.” She rolls her eyes. She lays the tags on the bed. “They’re yours now, Steve.” She looks around. “I think that’s it. Fire it up, FRIDAY.” She pauses. “It’s not gonna like hurt, is it?”

“Mr. Stark said it feels like he drank two bottles of tequila and then topped it off with 2 bottles of wine,” says FRIDAY.

Nikki blinks. “Well I’ve never done that but thanks?” She rocks on heels.

She looks at the watch, checking the coordinates. “And it’ll take me back to the morning before I left, right?”

“Right. Um.” She takes a deep breathe. “I am ready for my universe time-hopping adventure. I’ve done it once. No problem.” She presses the button on the watch, the screen swirling. “Count down, please.”

And right at one, right before the vortex opened, Nikki smiles and gives a mock salute, then in a swirling of blue and gold lights, she’s gone. Seconds later, the watch reappears, fried and dead. There’s a silence at that.

“Pietro, could you get the tags and whatever she left in Bucky’s room?” says Pepper. “3rd floor down from here, and the 4th and 5th doors down.”

“No problem.” With a blur of silver and blue he’s gone, then he’s quickly back. He holds out the box and the tags.

Bucky takes the tags and then hands them to Steve, giving a small smile. “Like she said, they’re yours. They. . . they always have been.”

Steve takes the tags and slips them over his head where they lay over his heart. “Do you want space?”

Bucky shakes his head. “No.” He swallows and takes the box. It’s a small box. He opens it to see a wide black leather bracelet with crisscrossing black X’s on it. There’s a few splatters of bright yellow, blue, red and green paint. He picks up the bracelet. “She said her little brother got this for her. Well one of them, it was apology for something. He had a matching one but he lost it. She kept hers.”

Steve frowns. “There’s something on the inside.”

Bucky peers closer and there, written in familiar messy handwriting are familiar words. He smiles a bit.

“What is it?” asks Steve gently.

“What are they?” asks Pepper.

And there you have it! Thank you for reading!

The lyrics are the end are from one of my favorite songs. “Work Song” by Hozier which is a song that I correlate with Bucky Barnes a lot. The video is beautiful.