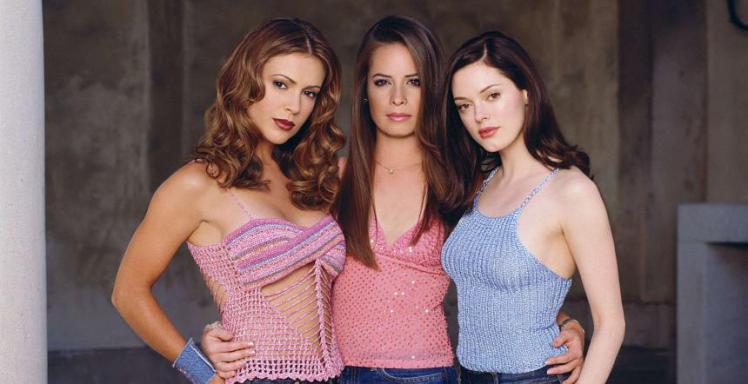 Growing up, there were two shows that stuck with me: Buffy the Vampire Slayer and Charmed. These two shows shaped my childhood. They were about strong female characters who could kick some serious ass. They loved. They lost. They were real. I was always torn. Did I want to be a slayer or a witch? I have yet to answer that question. I loved them. I remember them so clearly.

With Buffy, I watched it a lot at my grandparents’ house. We’d all sit down as a family, eat some chocolate cake and have “Buffy Time.” With Charmed, I watched it after school. Everyone knew when I got home from school, right as Charmed was coming home, it was Keely’s television. Everyone. Even my stepdad who didn’t even like Charmed knew that those two hours were my hours.

Now, the first three seasons of Charmed, admittedly, are not my favorite. Prue is not my favorite sister. I don’t hate her necessarily (except in the first season, that season, I hated her) but she never was that character I was devastated to see go. When Prue did die, I was more upset on Piper and Phoebe’s behalf. There was the whole Piper turning into a Fury and attacking Paige…Yeah, it got complicated. Prue was arrogant and cocky. She was the oldest sister but too headstrong and too overbearing and too overprotective. She did get better though. I still re-watch the fourth through sixth seasons however. The seventh and eighth season, I felt like the writers’ fell flat on them. Season seven you had crazy Leo and season eight really, could’ve not existed. There was the co-op with Coop the Cupid being Phoebe’s love and Billie. Love Kaley Cuoco, I do, but I hated Billie. I could write a whole other blog post on the seven and eighth seasons are the worst seasons of Charmed. I probably will tomorrow.

The point is, no matter the season, Charmed was my childhood. The CW is working on rebooting it and I just…Ugh. No. Why? I love The CW. They gave us great shows such as Supernatural, Arrow, Flash, DC Legends, and took over Supergirl from CBS. Charmed would sort of fit in with Supernatural. But don’t, CW, I am begging you, reboot Charmed. It was a fantastic show. It was. But it had it’s time. However, CW, if you do want to revive Charmed, I could get down with that.

Charmed has continued in graphic novels. I think it’s on season 10? Maybe. I am unsure on that. What I want is a revival. Not a reboot. Give me Wyatt and Chris Halliwell taking on the mantle of Charmed Ones. I want to see their grown up little sister, Melinda struggling to balance being a Charmed One and a teenager. I want to see all the cousins and the uncles. I want the next generation of Halliwell witches taking on evil. Who knows? Maybe you could even get the original actors who played older Wyatt and Chris. Anything is possible. Don’t reboot something that impacted a generation. Plus, that’s totally cheating. Unless The CW totally rebooted it. Maybe the Charmed Ones aren’t sisters but brothers? Whose grandfather recently died? Now that would be interesting. I’d give that a chance. But if it is really just the same characters with new actors and the same exact plot then no, I can’t say I’d watch it.

So, thoughts? Tell me, are you a slayer or a witch? Personally, I am a witch. I’m Charmed. (Pun intended.)